Remember last week when we all thought we were going to cruise into UFC 200 and nothing untoward was going to happen at the last minute? Oh, those were the days. On Wednesday Jon Jones threw Saturday’s pay-per-view event into disarray with a  potential doping violation . Jones, an interim champion, was forced off the card, and his original opponent, light heavyweight titleholder Daniel Cormier, accepted a late-replacement fight against former middleweight champion Anderson Silva . As a result of the change, Cormier is no longer fighting in the main event. He and Silva will fight after the heavyweight co-main event between Brock Lesnar and Mark Hunt , as well as the new main event, which finds women’s bantamweight champion Miesha Tate looking to defend her title against Amanda Nunes 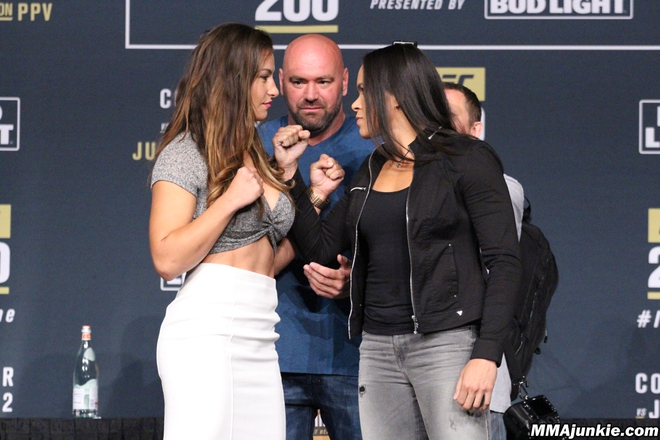