Filed under: Featured , News , UFC Last Saturday the UFC made its debut at Quicken Loans Arena in Cleveland. This Saturday, the promotion makes its first appearance in another new market, setting up at State Farm Arena in Hidalgo, Texas, for UFC Fight Night 94. While this card doesn’t have a title fight to draw in fans, it does feature two high-stakes bouts at the top of the marquee. In the main event, a rejuvenated Dustin Poirier looks to continue his way toward lightweight title contention when he meets Michael Johnson He’s a fighter who not long ago was in the same spot Poirier is in – riding a four-fight winning streak toward the top of the division. 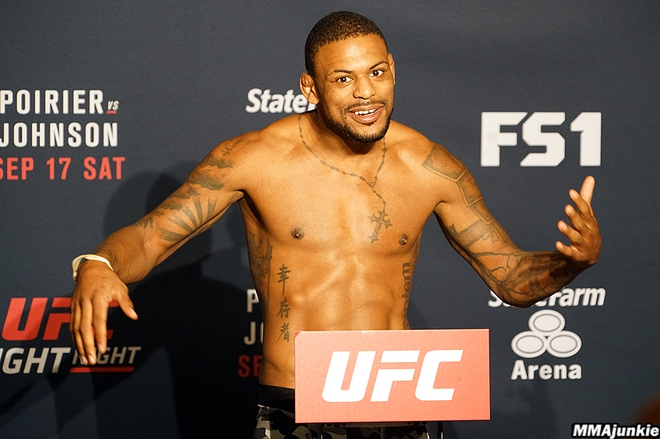