Filed under: Featured Videos , News , UFC , Videos SIOUX FALLS, S.D. – Things started to turn around for Alex Nicholson on Wednesday night – though you wouldn’t necessarily know it if you watched 95 percent or so of the first round. Nicholson (7-2 MMA, 1-1 UFC) was struggling in his UFC Fight Night 91 middleweight fight against Devin Clark (6-1 MMA, 0-1 UFC), who was being pushed by fighting in front of his hometown fans at Denny Sanford Premier Center in Sioux Falls, S.D. 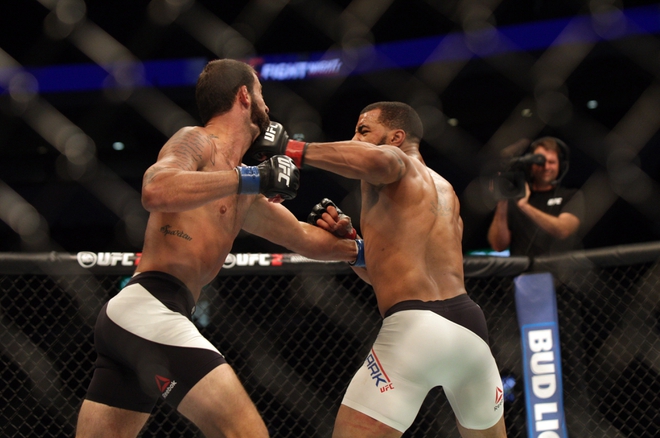 Previous Post
« UFC Fight Night 91′s Katlyn Chookagian: As happy as I am in UFC, it’s not end goal
Next Post
5 reasons to watch Bellator 158 from London, including some key welterweight title contenders »
Welcome to BAD MMA – The origins of combat™
The BADDEST brand on the planet™
© 2009-2022 BADMMA.COM
All Rights Reserved.
The BAD MMA™ trademark, logos, slogans, and website
are the property of Funky Bacteria Productions
© 2009-2022 Funky Bacteria Productions ™
All Rights Reserved. =)