After fulfilling dream of UFC win, Joe Soto just wants to go home and not feel like a loser anymore

Filed under: Featured Videos , News , UFC , Videos OTTAWA, Canada – Oftentimes, a win is just a step towards a bigger goal. But sometimes, as was the case with Fight Night 89’s Joe Soto , a win is a dream in itself. After submitting Chris Beal (10-3 MMA, 2-3 UFC) in the third round of their bantamweight scrap on Saturday to take home his first UFC win, Soto (16-5 MMA, 1-3 UFC) looked like a guy who’d just had the weight of the world taken off his shoulders. In a way, he was. And, in a confessional scrum with reporters after the triumph, Soto explained why. “When I first signed with the UFC, I went, ‘What if I go 0-3, what if I can’t hang with those guys?’” Soto said. 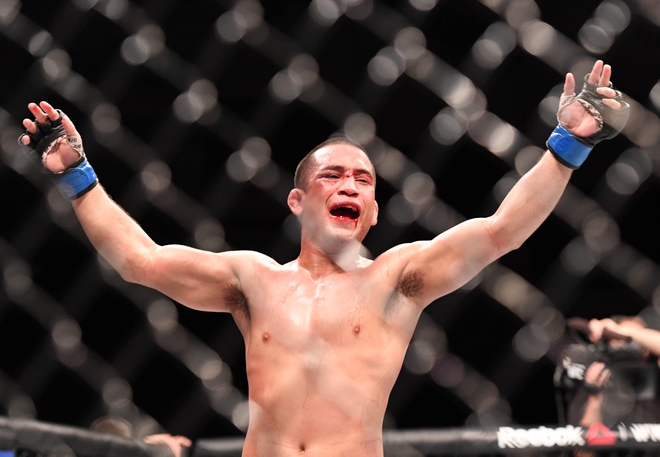 After fulfilling dream of UFC win, Joe Soto just wants to go home and not feel like a loser anymore – MMA Junkie