Filed under: Featured , Featured Videos , News , Videos RIO DE JANEIRO – Kayla Harrison woke up today on top of the world. But after a honeymoon period with her second gold medal, she’ll have some choices to make. On Thursday, Harrison, a 26-year-old Ohio native, won her second Olympic gold medal in judo. At the London Games in 2012, she became the first American to win gold in the sport. Prior to that, women’s judo in America was defined by Ronda Rousey, who in 2008 became the first American woman to medal in the sport when she took bronze. But Harrison took gold in 2012, then repeated on Thursday at the Games in Rio de Janeiro to become the first American with consecutive medals in judo. 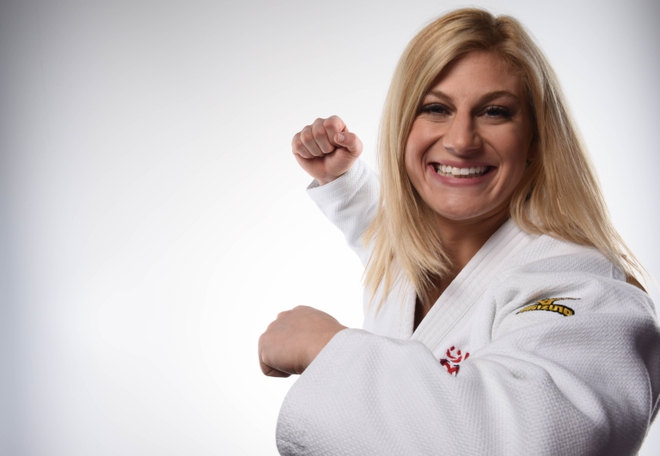 Previous Post
« Conor McGregor’s Trainer Says His Reputation as a Coach is on the Line in Nate Diaz Rematch
Next Post
Eddie Ng Expects Exciting Fight Against Honorio Banario at ONE: Heroes of the World »
Welcome to BAD MMA – The origins of combat™
The BADDEST brand on the planet™
© 2009-2022 BADMMA.COM
All Rights Reserved.
The BAD MMA™ trademark, logos, slogans, and website
are the property of Funky Bacteria Productions
© 2009-2022 Funky Bacteria Productions ™
All Rights Reserved. =)