After this lightning-quick win, Ben Saunders says he’s back in the UFC

It apparently didn’t take long for Ben Saunders to fight his way back into the UFC. Today the fan favorite announced via Twitter that he’s re-signed with the promotion (via Twitter ): We back on that @ufc roster! Let tell games begin!!!

#MMA #UFC #MixedMartialArts #Fighting #Boxing #Wrestling #JiuJitsu #Kickboxing pic.twitter.com/BNOCAX19io — Ben Saunders (@bensaundersMMA) September 20, 2016 UFC officials haven’t formally announced a deal. Saunders (20-7-2 MMA, 7-4 UFC), a 33-year-old welterweight, left the UFC earlier this year after a TKO defeat to Patrick Cote that snapped a three-fight winning streak. Saunders said he wasn’t released from the UFC . Instead, he said his contract expired while he was going “through a really hard time with practically every aspect of my life.” Earlier this month, though, he got back on track at a regional show in Minnesota, where he defeated fellow UFC vet Jacob Volkmann (19-7) in just 17 seconds (via Instagram ): Saunders now has 16 stoppages (nine knockouts and seven submissions) in 20 career wins. His UFC return date and opponent haven’t been announced 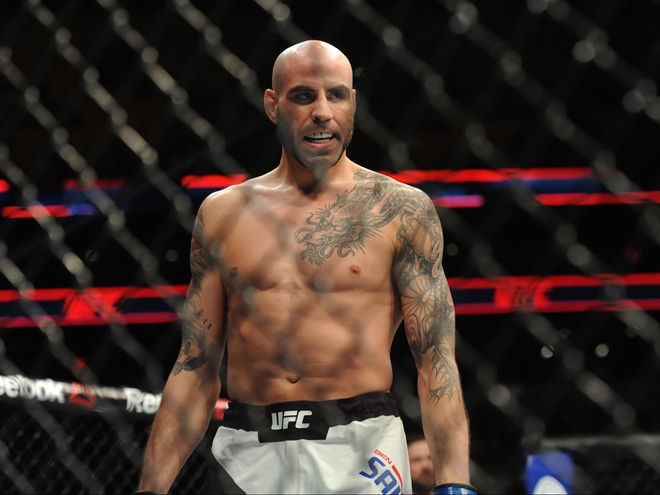 After this lightning-quick win, Ben Saunders says he’s back in the UFC – MMA Junkie