After training with champ Alvarez, UFC on FOX 21′s Jim Miller ‘very confident’ he can return to title picture

Filed under: Featured Videos , News , UFC , Videos VANCOUVER – Jim Miller views his UFC 200 victory over Takanori Gomi as another turning point in his career. An ugly stretch of results in recent years had many doubting him, but with his health back on track, Miller is ready to reclaim his former status as a top lightweight. Miller (26-8 MMA, 15-7 UFC), who beat Gomi by first-round TKO at July’s UFC 200 mega-event, makes a fast turnaround for a UFC on FOX 21 rematch against Joe Lauzon (26-11 MMA, 13-8 UFC) on Saturday. The 155-pound bout opens the FOX-televised main card following prelims on the same channel and UFC Fight Pass at Rogers Arena in Vancouver 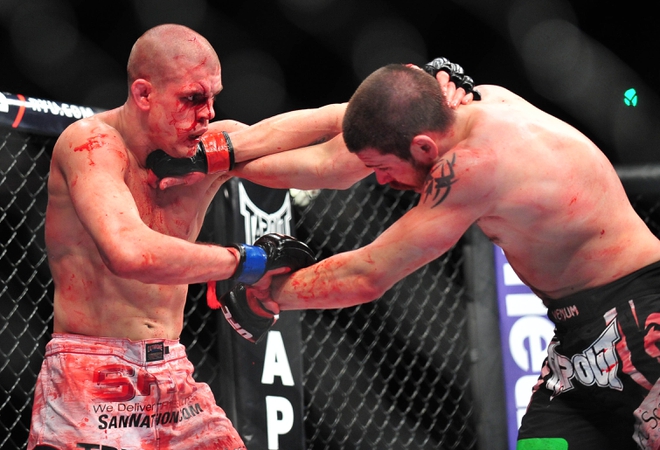