Alexander Gustafsson on potential Jon Jones rematch: ‘I don’t really care that much’

Filed under: Featured Videos , News , UFC , Videos HAMBURG, Germany – Alexander Gustafsson entered UFC Fight Night 93 with three losses in his previous four bouts. His UFC life may not have been on the line against Jan Blachowicz, but it may have been a do-or-die moment for his status as a contender in the light heavyweight division. Gustafsson (17-4 MMA, 9-4 UFC), the No. 7 ranked fighter in the USA TODAY Sports/MMAjunkie MMA light heavyweight rankings , used his takedowns and top game to grind out a surprisingly tough challenge from Blachowicz (19-6 MMA, 2-3 UFC). The light heavyweight bout was the co-main event of the UFC Fight Night 93 event at Barclaycard Arena in Hamburg, Germany 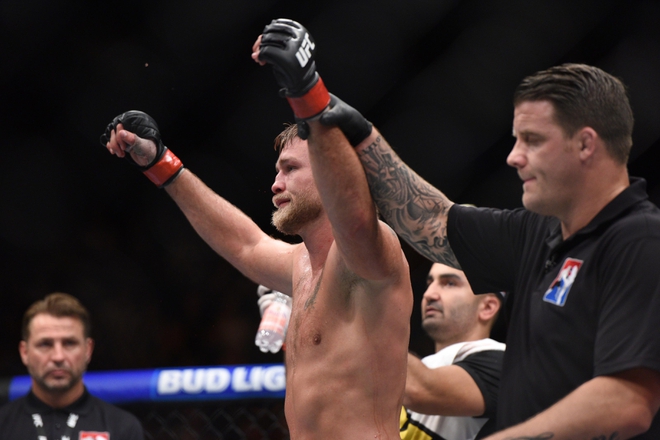