Filed under: Bellator , Featured Videos , News , Radio Highlight , Videos Benson Henderson ’s inaugural Bellator affair didn’t really go as he expected. But even after dropping a unanimous decision to welterweight champ Andrey Koreshkov at Bellator 153, the former UFC lightweight titleholder remained in the promotion’s good graces. Shortly after the fight, Henderson said, he was given a few different options – including another title shot, this time for the 155-pound belt that now sits with Michael Chandler. “Right after the loss to Andrey, three days later, shortly after, (Bellator Matchmaker) Mike Kogan hit me up and said hey, ‘Do you want to go to 155?’” Henderson told MMAjunkie Radio. “At the time they were still up in the air who was going to fight for the belt, and once they decided it was going to be Chandler vs 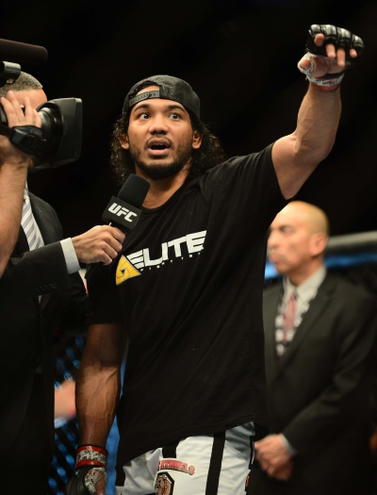