Filed under: Featured Videos , News , UFC , Videos LAS VEGAS – Miesha Tate views Amanda Nunes as the first step toward solidifying her title reign. The UFC women’s bantamweight champ said today she’ll feel more comfortable with the strap if she’s able to put away her first contender, and she likes her chances at doing so. “Truly, I want to beat all the best in the world, but Amanda is the first step in that, the first step in sealing that legacy,” Tate said during a press conference in support of Saturday’s UFC 200 at Las Vegas’ T-Mobile Arena. “So right now, my focus is on Saturday, on beating Amanda. I think that’s going to solidify my spot as the champion, and then we’ll go from there.” Almost immediately after Tate’s shocking comeback submission of Holly Holm, she was bombarded with questions about what came next. Attention naturally focused around her two-time opponent, ex-champ Ronda Rousey, who appeared to have a clear path to an immediate title shot after Holm knocked her out this past November. 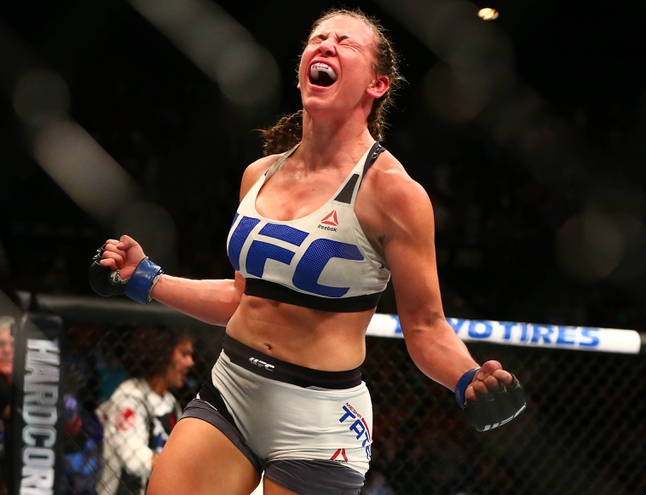