Godofredo Pepey Talking to the 2016 version of Godofredo Pepey is quite the departure from speaking to the shy, wide-eyed guy who came out as runner-up of the first season of “The Ultimate Fighter: Brazil” in 2012. Whether it was fueled by the success of big-talking colleagues or just the confidence brought on by an impressive streak of three bonus-winning first-round finishes, Pepey is no longer afraid to speak up about where he stands in the UFC’s featherweight division, what he wants from it and just how he is going to get it. “I believe after this fight I will be a threat in the division, for sure,” Pepey told MMAjunkie ahead of his FOX-televised UFC on FOX 20 featherweight scrap against Darren Elkins at United Center in Chicago. “I’m coming off three wins, three ‘Performance of the Night’ bonuses, and I’m sure this time is not going to be different 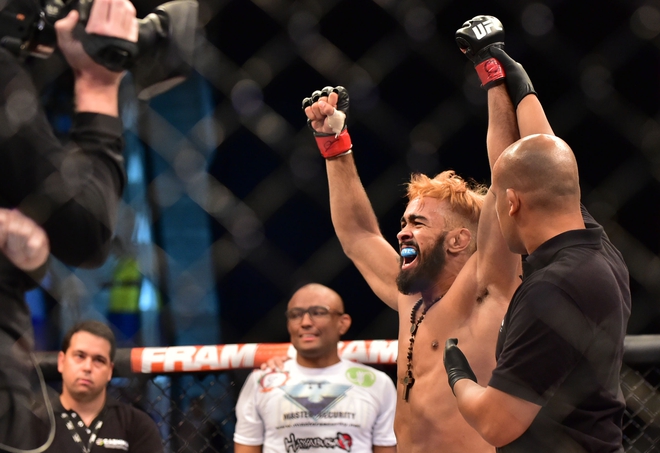