Filed under: Featured Videos , News , UFC , Videos McALLEN, Texas – For two years, Derek Brunson has been on a tear through the UFC’s middleweight division. And actually, if you take away one round against Yoel Romero coming up on three years ago, Brunson has been nearly unstoppable since he came to the UFC from Strikeforce. In that fight, Brunson dominated Romero for 10 minutes. Then a bad rehydration from his weight cut came back to haunt him in the third and he lost a TKO. That round really has been the only time Brunson has been threatened in seven UFC fights, and his current four-fight run features three straight first-round knockouts. Related: 'TUF' argument led to grudge between UFC Fight Night 94's Derek Brunson and Uriah Hall On Saturday, Brunson (15-3 MMA, 6-1 UFC) fights Uriah Hall (12-6 MMA, 5-4 UFC) in the UFC Fight Night 94 co-main event, which takes place at State Farm Arena in Hidalgo, Texas. 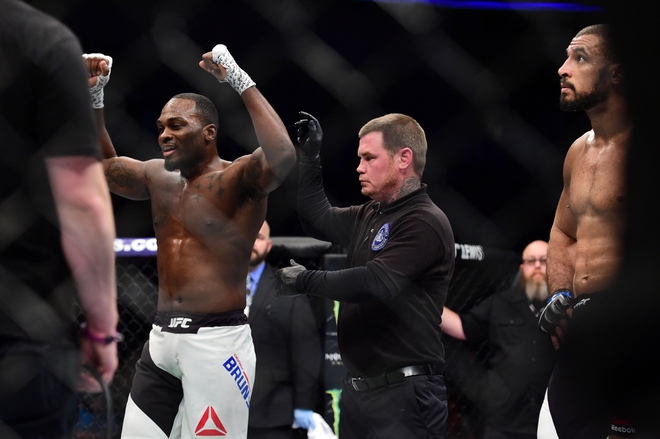