Filed under: Featured Videos , News , UFC , Videos HAMBURG, Germany – Nicolas Dalby had only the best of intentions when he fired off a long email to a UFC executive offering his thoughts on the Reebok “Fight Kit” offered to fighters on fight week. Dalby had just fought Darren Till to a draw in Dublin at UFC Fight Night 76, and he had some questions about how the whole thing was supposed to work. He also had some constructive criticism about how it actually worked, and how it might work better. As you might have heard, some UFC fighters aren’t too hot on the kits, much less the whole idea of uniforms. 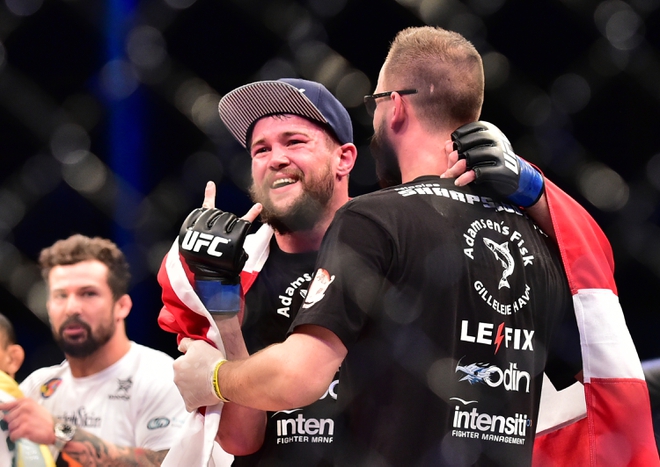 Previous Post
« Why a bunch of folks dress up like knights and maidens for UFC Fight Night 93′s Scott Askham
Next Post
Rory MacDonald: Bellator allows for more self-promotion than ‘boring’ UFC »
Welcome to BAD MMA – The origins of combat™
The BADDEST brand on the planet™
© 2009-2022 BADMMA.COM
All Rights Reserved.
The BAD MMA™ trademark, logos, slogans, and website
are the property of Funky Bacteria Productions
© 2009-2022 Funky Bacteria Productions ™
All Rights Reserved. =)