Filed under: Featured , Featured Videos , News , Radio Highlight , UFC , Videos In the midst of what would be a two-year suspension by the UFC following a positive test result from the U.S. Anti-Doping Agency, Frank Mir today said the best outcome for him, personally, might be to be released by the UFC. 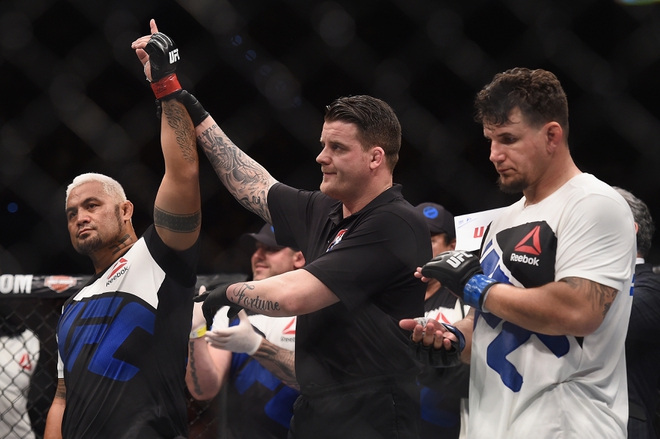 Previous Post
« Video: Hardy, Gooden break down UFC Fight Night 90′s Dos Anjos vs. Alvarez title fight
Next Post
Joanna Jedrzejczyk discusses bully role on ‘TUF 23′: ‘I said what I said and I did what I did’ »
Welcome to BAD MMA – The origins of combat™
The BADDEST brand on the planet™
© 2009-2022 BADMMA.COM
All Rights Reserved.
The BAD MMA™ trademark, logos, slogans, and website
are the property of Funky Bacteria Productions
© 2009-2022 Funky Bacteria Productions ™
All Rights Reserved. =)