Like so many 20-year-olds, Conor Wallace had no concrete plans as the summer approached, but the prospect of being ensconced in the arid surrounds of the Nevada desert in the company of a bona fide sporting superstar certainly never occurred to him. But then he met Conor McGregor , and within what felt like the blink of an eye, Wallace’s schedule was full to the brim. Wallace, for those unfamiliar with the Irish amateur boxing scene, is among the most highly touted young pugilists in the nation. Coming through the ranks, the native of Newry, Northern Ireland, won six national titles and, in his first foray on the senior stage, finished runner-up to European Games gold medallist Michael O’Reilly, who, subsequently, became the first Irish athlete to be sent home from this year’s Summer Olympics after failing a drugs test conducted prior to arriving in Rio de Janeiro. He also so happens to be a 6-3, 170-pound rangy southpaw – precisely the body type McGregor (19-3 MMA, 7-1 UFC) required to ape Nate Diaz (19-10 MMA, 14-8 UFC), the man who so unceremoniously defeated him via second-round submission in UFC 196’s welterweight main event in March 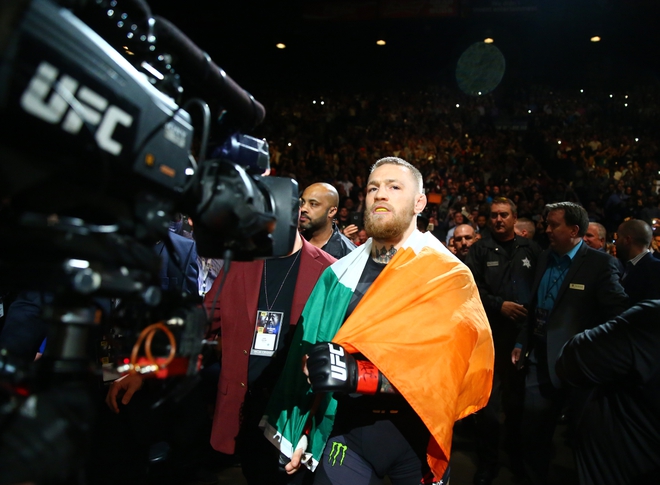