Filed under: Featured Videos , News , UFC , Videos SIOUX FALLS, S.D. – With three straight wins at bantamweight and five straight overall, John Lineker thinks he has a solid case to get a shot at a UFC title. After his first-round knockout win over Michael McDonald (17-4 MMA, 6-3 UFC) on Wednesday in the UFC Fight Night 91 headliner, Lineker (28-7 MMA, 9-2 UFC) made it clear he believes a title at 135 pounds is his destiny. And that could be interesting news for champion Dominick Cruz (22-1 MMA, 5-0 UFC). “I’m coming off four victories,” Lineker told MMAjunkie through translator Alex Davis on Wednesday after his win, which gave him five straight. “I’m not sure what the UFC has in store for me 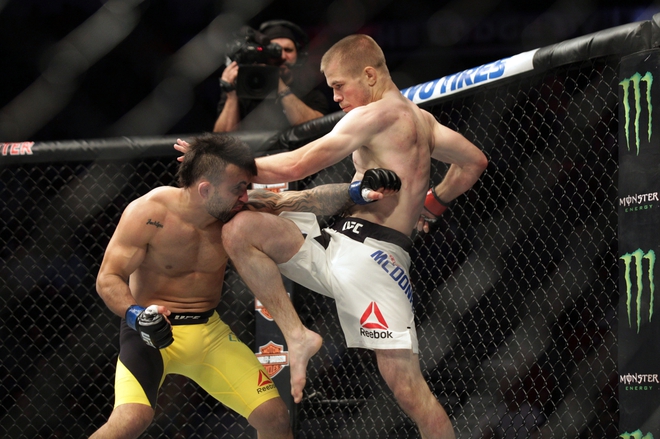