Jon Jones: Getting title back at UFC 200 ‘a huge part’ of moving past crazy year

Filed under: Featured Videos , News , UFC , Videos LAS VEGAS – Inside the octagon, UFC interim light heavyweight champion Jon Jones rarely has a misstep. Outside the cage, however, his career has been marked by several legal run-ins and other public relations setbacks. Jones (22-1 MMA, 16-1 UFC) had his most serious out-of-competition issue in April 2015 when he was involved in a hit-and-run incident. Jones was sentenced to 18 months of supervised probation and the UFC stripped him of his championship. That the hit-and-run came on the heels of a January 2015 announcement he had failed a drug test due to the presence of cocaine metabolites only deepened the public questioning of Jones’ behavior. Related: UFC 200’s Daniel Cormier calls Jon Jones a middle-aged 28-year-old, weird arguments ensue He returned to the cage with a unanimous decision victory over Ovince Saint Preux at UFC 197 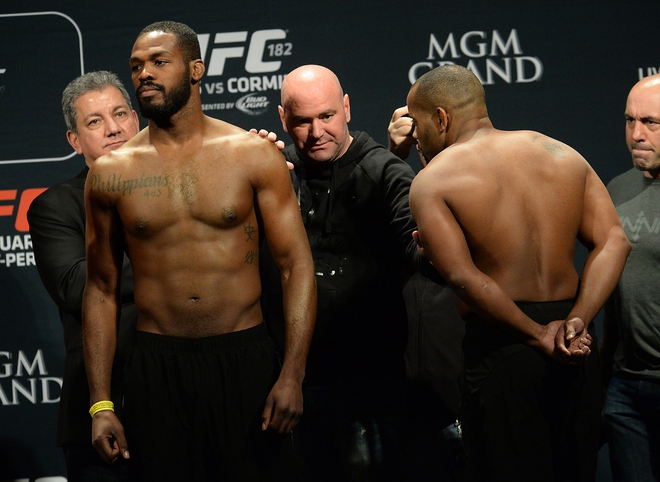 Jon Jones: Getting title back at UFC 200 ‘a huge part’ of moving past crazy year – MMA Junkie

Previous Post
« UFC 200 face-off photos and video: Cormier-Jones, Lesnar-Hunt, Tate-Nunes and more
Next Post
‘UFC 200 Embedded,’ No. 4: Last-minute gym sessions and plenty of packing for the road »
Welcome to BAD MMA – The origins of combat™
The BADDEST brand on the planet™
© 2009-2022 BADMMA.COM
All Rights Reserved.
The BAD MMA™ trademark, logos, slogans, and website
are the property of Funky Bacteria Productions
© 2009-2022 Funky Bacteria Productions ™
All Rights Reserved. =)