Filed under: Featured Videos , News , UFC , Videos ATLANTA – Even before the UFC was done giving an official position on the matter, the victorious Karolina Kowalkiewicz was pushing for a title shot against Joanna Jedrzejczyk . The women’s strawweight upset Rose Namajunas (5-3 MMA, 3-2 UFC) in the pay-per-view co-headliner of Saturday’s UFC 201 and went straight for the champ, a fighter who shares her Polish descent and a fiery passion to be the best. “Can I say something? I want to fight Joanna – I am ready for her,” Kowalkiewicz (10-0 MMA, 3-0 UFC) told MMAjunkie, interrupting UFC Vice President of Public Relations & Athlete Marketing Dave Sholler, who was in the middle of assessing the likelihood of putting on the all-Polish title fight at the post-event news conference at Philips Arena in Atlanta. 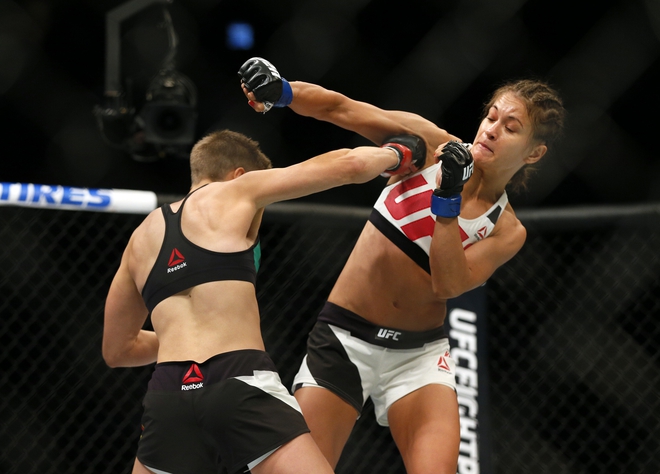