Filed under: Bellator , Featured , News , Videos High-profile acquisition Chael Sonnen is back in the business of fighting, and that means a whole lot of bluster and bravado is coming along for the ride. The three-time UFC title challenger today worked the phones with Bellator President Scott Coker to discuss his new contract with the Viacom-owned promotion, which he said is a three-year, six-fight deal that’s the most lucrative of his nearly 20 years in MMA. Related: Chael Sonnen returns to action with new multi-fight Bellator deal Sonnen (28-14-1 MMA, 0-0 BMMA) said he’s on a “legend’s ass-kicking tour” and is angling to fight UFC Hall of Famer and Bellator fighter Tito Ortiz (18-12-1 MMA, 2-1 BMMA) in November. But the 39-year-old fighter, who retired in 2014 after failing multiple drug tests, also cast a wide net on potential future opponents 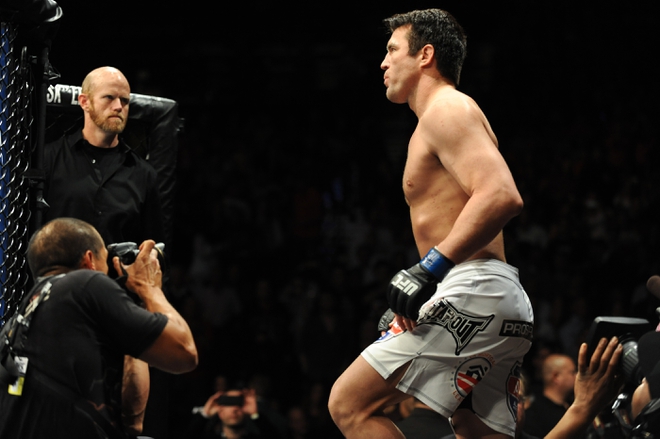 Previous Post
« Bellator 161 live video stream and official results
Next Post
‘UFC Fight Night 94: On the Ground,’ No. 2: We thought Brunson-Hall would be the ones gettin’ testy »
Welcome to BAD MMA – The origins of combat™
The BADDEST brand on the planet™
© 2009-2022 BADMMA.COM
All Rights Reserved.
The BAD MMA™ trademark, logos, slogans, and website
are the property of Funky Bacteria Productions
© 2009-2022 Funky Bacteria Productions ™
All Rights Reserved. =)