Ryan Bader happy to be his own worst critic: ‘My last fight was absolutely terrible’

SIOUX FALLS, S.D. – If you’re looking for a harsh critic of Ryan Bader ’s most recent octagon performance, a January knockout loss to Anthony Johnson , you need go no further than “Darth,” himself. “My last fight was absolutely terrible,” Bader flatly told MMAjunkie. “I want to erase that from everybody’s memory. Some nights you just don’t show up.” Bader entered that UFC on FOX 18 matchup with Johnson on the strength of a five-fight winning streak. But like he has previous times in his career, Bader came up short when it mattered most, and the pain of the loss still stings some six months later 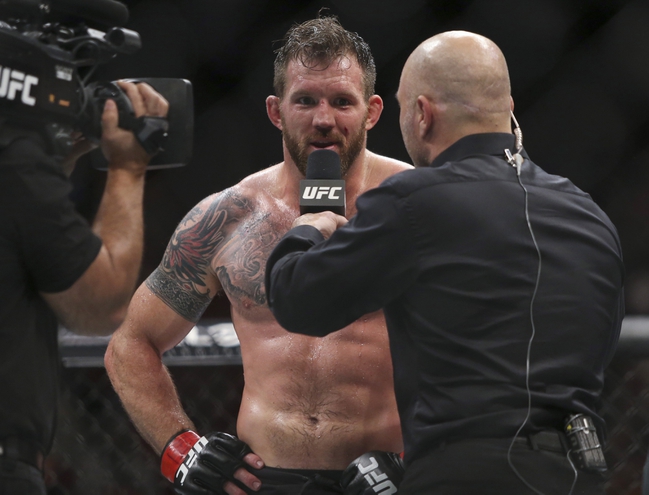 Ryan Bader happy to be his own worst critic: ‘My last fight was absolutely terrible’ – MMA Junkie

Previous Post
« Douglas Lima admits he was just out for a paycheck in first meeting with Andrey Koreshkov
Next Post
Despite no main event, tickets for UFC on FOX 21 in Vancouver on sale this week »
Welcome to BAD MMA – The origins of combat™
The BADDEST brand on the planet™
© 2009-2022 BADMMA.COM
All Rights Reserved.
The BAD MMA™ trademark, logos, slogans, and website
are the property of Funky Bacteria Productions
© 2009-2022 Funky Bacteria Productions ™
All Rights Reserved. =)