Filed under: Featured Videos , News , UFC , Videos ATLANTA – When he agreed to take on an Olympic wrestler on less than 10 days’ notice, Ryan Benoit knew he would have to rely more heavily on his head than on his body. And, after getting a split decision win over a crazy-kick-throwing Fredy Serrano (3-1 MMA, 2-1 UFC) on Saturday’s UFC 201, Benoit (9-4 MMA, 2-2 UFC) had no doubt that it was his mental preparation, combined with a strategic approach, that were ultimately to thank. “This was the worst cardio I’ve ever had for a fight,” Benoit said. “But, I’ve got to say, this is the best mentally prepared I’ve ever been for a fight. I started training with some new guys, and we started going over some higher level ways of pursuing a fight 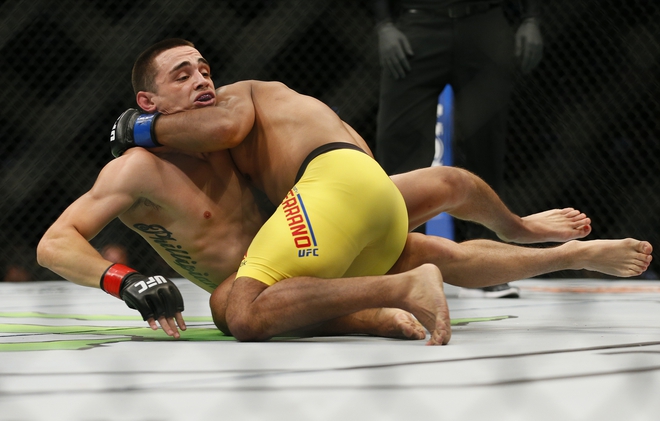