Speed Bag: I hate that I love this Tyron Woodley vs. Nick Diaz title talk

Filed under: Featured , Featured Videos , News , UFC , Videos After a changing of the guard in the UFC’s welterweight division, Tyron Woodley is the new 170-pound champion. Who does it make most that Woodley (16-3 MMA, 6-2 UFC) fight in his first title defense? How about Stephen Thompson (13-1 MMA, 8-1 UFC), who has won seven straight and was presumed to be the next challenger going into UFC 201, where Woodley knocked out Robbie Lawler 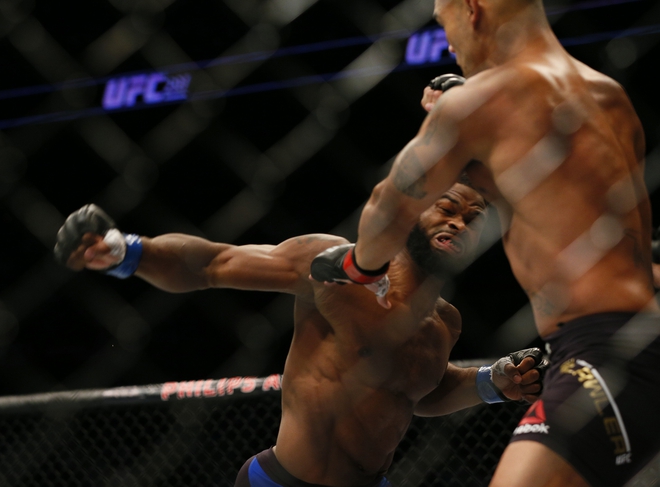