Stephen Thompson willing to fight Condit vs. Maia winner if passed over for next title shot

Filed under: Featured Videos , News , UFC , Videos VANCOUVER – Stephen Thompson wants the next shot at UFC welterweight champion Tyron Woodley. However, if he doesn’t get it, he said he’s willing to fight once more to solidify his top contender status. After beating Rory MacDonald by unanimous decision in the main event of UFC Fight Night 89 in June, Thompson (13-1 MMA, 8-1 UFC) was confident he had done enough to get a crack at the 170-pound title. With seven consecutive victories to his credit, including dominant performances against the likes of MacDonald, Johny Hendricks and Jake Ellenberger, “Wonderboy,” No. 2 in the latest USA TODAY Sports/MMAjunkie MMA welterweight rankings , had a strong case to be the first challenger to No 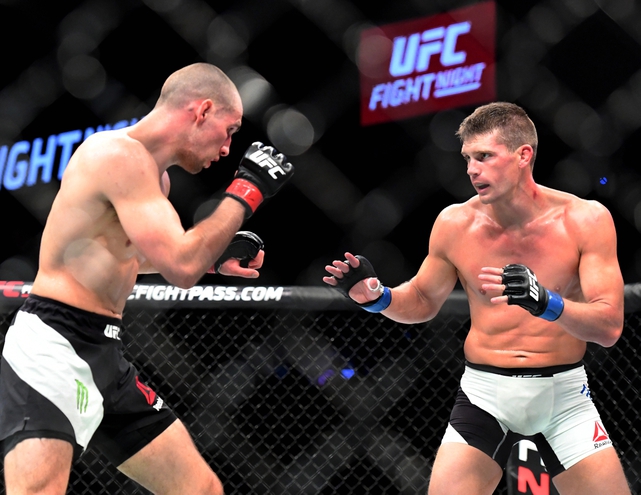 Stephen Thompson willing to fight Condit vs. Maia winner if passed over for next title shot – MMA Junkie

Previous Post
« Adam Hunter pulled from UFC on FOX 21 card due to potential USADA violation, fight vs. Janes off
Next Post
UFC on FOX 21 weigh-in photos: Fighters face off ahead of Saturday’s event in Vancouver »
Welcome to BAD MMA – The origins of combat™
The BADDEST brand on the planet™
© 2009-2022 BADMMA.COM
All Rights Reserved.
The BAD MMA™ trademark, logos, slogans, and website
are the property of Funky Bacteria Productions
© 2009-2022 Funky Bacteria Productions ™
All Rights Reserved. =)