Filed under: Featured Videos , UFC , Videos LAS VEGAS – Cat Zingano is in a place of comfort just days out from her return to the octagon at UFC 200. Zingano (9-1 MMA, 2-1 UFC), who fights Julianna Pena (7-2 MMA, 3-0 UFC) in a women’s bantamweight bout in Saturday’s FOX Sports 1-televised preliminary card headliner at T-Mobile Arena in Las Vegas, has dealt with personal issues, family tragedies and a string of injuries in recent years. She’s fought just once per year since 2010, with the most recent being a 14-second title-fight loss  to Ronda Rousey at UFC 184 in February 2015. With her mind and body at maximum strength, Zingano, No. 4 in the latest USA TODAY Sports/MMAjunkie MMA women’s bantamweight rankings , is ready to use No 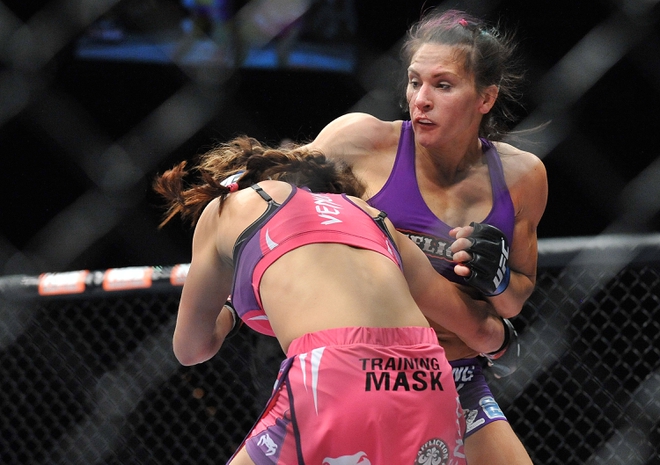