Filed under: Featured Videos , News , UFC , Videos LAS VEGAS – Sage Northcutt is remaining bold in his stance that his first career loss, which came to Bryan Barberena, was a fluke outcome. He plans to prove as much in his UFC 200 showdown with Enrique Marin. Northcutt (7-1 MMA, 2-1 UFC), who meets Marin (8-3 MMA, 0-1 UFC) in a lightweight bout on the FOX Sports 1-televised preliminary card during tonight’s event at Las Vegas’ T-Mobile Arena, said he was hampered by a “severe” case of strep throat going into his UFC on FOX 18 bout with Barberena in January. “Super” lost the fight by second-round submission  but said at Wednesday’s UFC 200 media event he believes he wouldn’t have encountered such a result if not for strep throat. 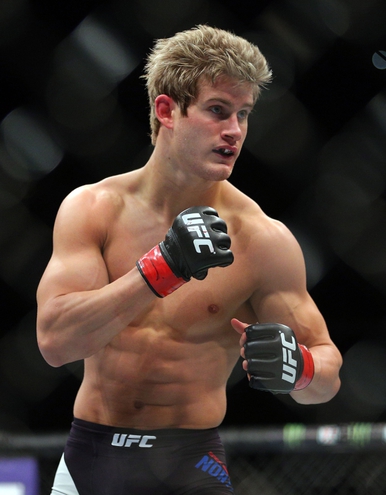