Filed under: News , UFC , Videos If every fight has its own rhythm, the battle between Erik Perez and Francisco Rivera exists as a sort of noise rock, ever falling into predictable patterns and often shifting wildly. The bantamweight bout was part of the main card of today’s UFC 201 event at Philips Arena in Atlanta. It aired on pay-per-view following prelims on FS2 and UFC Fight Pass. Related: UFC 201 results: Erik Perez tops Francisco Rivera by decision in unusual brawl A slow first round gave way to increased offense and effectiveness from Perez (16-6 MMA, 6-2 UFC) in Round 2. 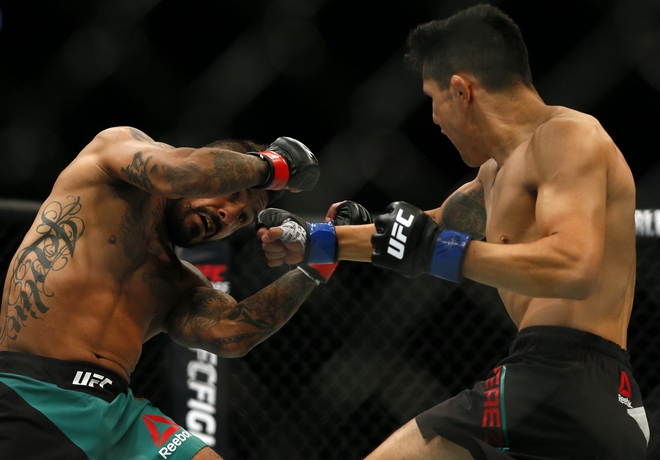