UFC 201′s Wilson Reis: I wouldn’t be surprised if I knock out champ Demetrious Johnson

Filed under: Featured , Featured Videos , News , UFC , Videos The bulk of Wilson Reis ’ wins have come via decision, but when he doesn’t go to the scorecards, he has opponents tapping. Reis (20-6 MMA, 4-2 UFC), a Brazilian jiu-jitsu black belt, has nine wins via submission, but he said he’s getting more comfortable in the striking game. He hopes that will pay off when he faces UFC flyweight champ Demetrious Johnson (24-2-1 MMA, 13-1-1 UFC) for the title at UFC 201. A fight-ending punch would realize a goal that’s so far eluded Reis in his career. “It would be huge,” he told MMAjunkie Radio. “But I’m not trying to force it 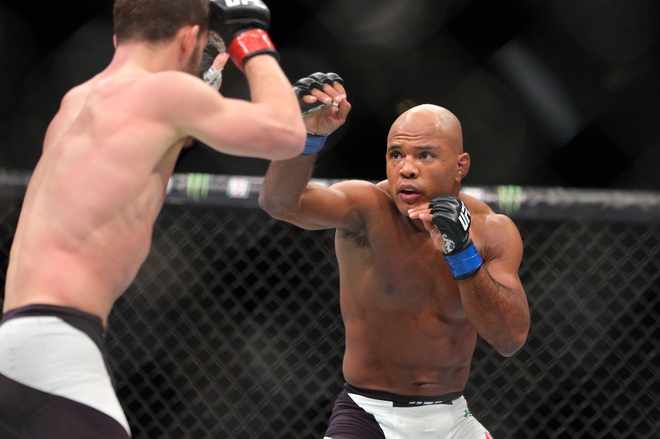 Previous Post
« GFL Video: Latest top-5 finishes demonstrate the importance of keeping your hands up
Next Post
Mark Coleman remembers loss to Pete Williams: He was kicking me in the (expletive) teeth »
Welcome to BAD MMA – The origins of combat™
The BADDEST brand on the planet™
© 2009-2021 BADMMA.COM
All Rights Reserved.
The BAD MMA™ trademark, logos, slogans, and website
are the property of Funky Bacteria Productions
© 2009-2021 Funky Bacteria Productions ™
All Rights Reserved. =)