Filed under: Featured Videos , News , UFC , Videos CLEVELAND – After losing his fourth UFC title bout, Urijah Faber ’s career prospects looked more bleak than ever. Even he hinted change was on the horizon. But after a few days enjoying a stay-cation, Faber said he got back in the gym and realized he hadn’t lost the motivation to fight after a second loss to champ Dominck Cruz . And that led him to a bout with the up-and-comer Jimmy Rivera at Saturday’s UFC 203, which takes place at Quicken Loans Arena in Cleveland. “This is the sport I’m in,” Faber told reporters after an open workout in support of the pay-per-view event 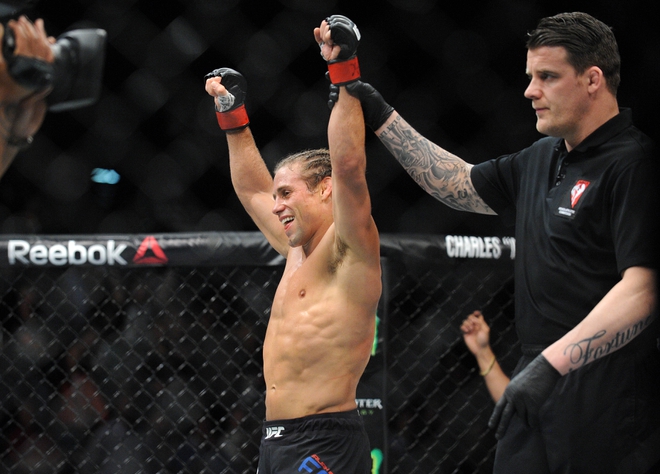 Previous Post
« Stipe Miocic has no plans to lose heavyweight title to Alistair Overeem at UFC 203: ‘I’ve worked too hard’
Next Post
Alistair Overeem Talks Legacy while Taking Taunts from Miocic Fan (UFC 203 Video) »
Welcome to BAD MMA – The origins of combat™
The BADDEST brand on the planet™
© 2009-2022 BADMMA.COM
All Rights Reserved.
The BAD MMA™ trademark, logos, slogans, and website
are the property of Funky Bacteria Productions
© 2009-2022 Funky Bacteria Productions ™
All Rights Reserved. =)