Filed under: News , UFC , Videos On paper, Steve Bosse facing off with Sean O’Connell is the sort of fight fans expect to not require judges. While the two men did go the distance, there was no shortage of action or near-finishes en route to Bosse taking a decision win. The light heavyweight bout was part of the main card of today’s UFC Fight Night 89 event at The Arena at TD Place in Ottawa, Ontario, Canada 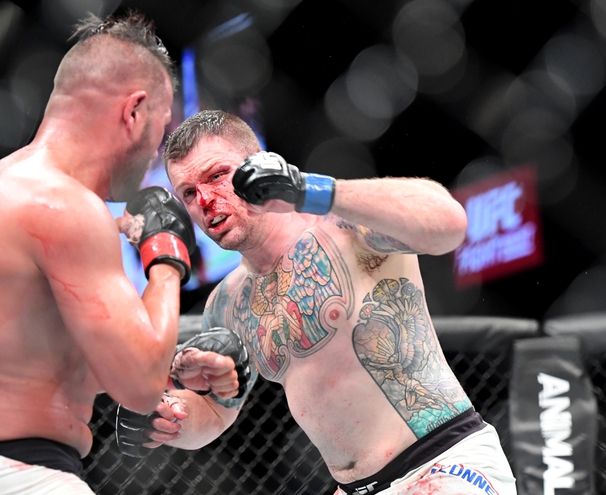 Previous Post
« UFC Fight Night 89 bonuses: As if you need to ask who earned ‘Fight of the Night’ honors
Next Post
UFC Fight Night 89: Donald Cerrone vs. Patrick Cote video highlights »
Welcome to BAD MMA – The origins of combat™
The BADDEST brand on the planet™
© 2009-2021 BADMMA.COM
All Rights Reserved.
The BAD MMA™ trademark, logos, slogans, and website
are the property of Funky Bacteria Productions
© 2009-2021 Funky Bacteria Productions ™
All Rights Reserved. =)