What a spinning backfist by @ColbyCovMMA ! Takes the back and gets the W!!! WOW! #UFCOttawa https://t.co/5s0tQ9g21D — #UFCOttawa (@ufc) June 18, 2016 What seemed well on its way to becoming a clear-cut decision win for Colby Covington took an exciting turn early in the third round. After out-wrestling Jonathan Meunier (7-1 MMA, 0-1 UFC) for the better part of their welterweight scrap, Covington (9-1 MMA, 4-1 UFC) landed a spinning backfist that sent the UFC newcomer to the ground. Covington landed a few more shots until eventually making his way to Meunier’s back, where he sealed the deal with a rear-naked choke for his second UFC submission win. The welterweight bout was part of the preliminary card of Saturday’s UFC Fight Night 89 event at The Arena at TD Place in Ottawa, Ontario, Canada. 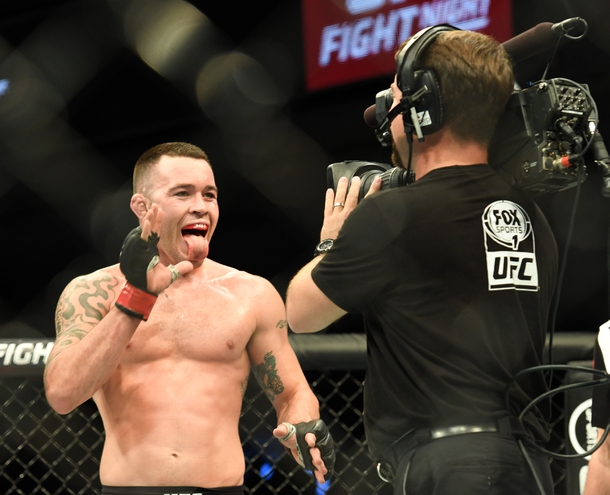