LAS VEGAS – The UFC Fight Night 90 weigh-ins are in the books, and the fighters are official for Thursday’s event. As has been the case for the past two UFC events, which took place in Los Angeles and Ottawa, Ontario, Canada, the fighters weighed in earlier in the day, then took part in a ceremonial event for the fans and media many hours after becoming official. In the main event, lightweight champion Rafael dos Anjos (25-7 MMA, 14-5 UFC) puts his title on the line for the second time when he meets former Bellator champ Eddie Alvarez (27-4 MMA, 2-1 UFC). Both champion and challenger weighed in at 155 pounds on the button for the title fight 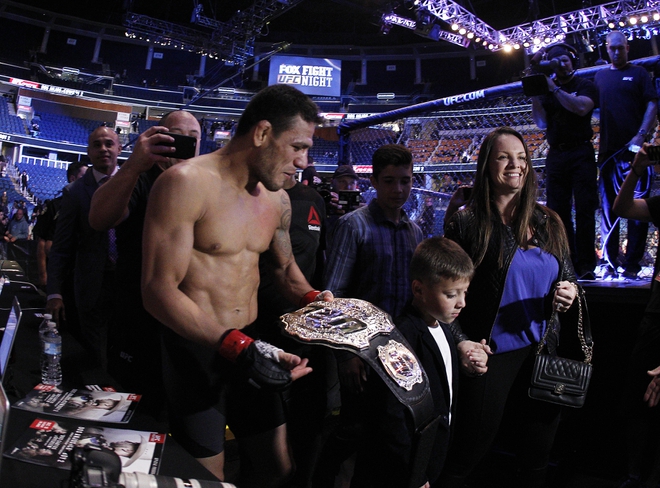