Filed under: News , UFC , Videos Kyle Noke ’s corner wanted their fighter to ride out the rear naked choke of Keita Nakamura for just one more second but that task proved impossible, as the Japanese fighter managed to finish the fight with a single second on the clock in the second round. The welterweight bout was part of the main card of the UFC Fight Night 91 event at Denny Sanford Premier Center in Sioux Falls, S.D. It aired on FS1 following prelims on FS1 and UFC Fight Pass. Nakamura (32-7-2 MMA, 2-4 UFC) overcame Noke’s (22-9-1 MMA, 6-5 UFC) attempts to keep the fight at a distance, repeatedly stepping in with powerful shots that kept his opponent fighting off his back foot. 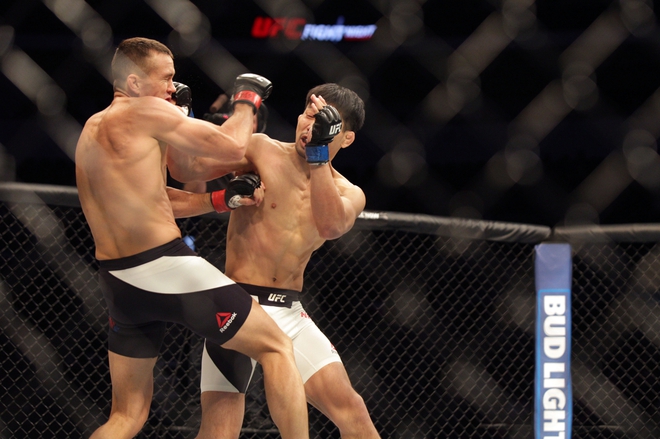