Filed under: News , UFC , Videos Tim Boetsch didn’t expect Josh Samman to look to turn their fight into a grappling battle, but he certainly welcomed it. The middleweight bout was part of the main card of the UFC Fight Night 91 event at Denny Sanford Premier Center in Sioux Falls, S.D. It aired on FS1 following prelims on FS1 and UFC Fight Pass. Related: UFC Fight Night 91 results: Tim Boetsch busts up Josh Samman for TKO upset win Samman (12-4 MMA, 3-2 UFC) looked to open the fight aggressively, attempting to push Boetsch (19-10 MMA, 10-9 UFC) into the cage. Boetsch was fine with the early stages of the bout playing out as a wrestling match and waited for his opportunity to put the fight on the floor. Once he started to score with takedowns, Boetsch turned his offense up and began to fire away with heavy punches and elbows until the stoppage at the 3:49 mark of Round 1 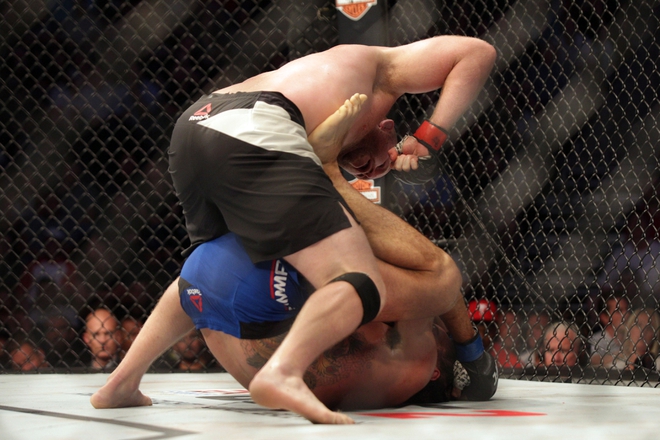