Filed under: News , UFC , Videos Tony Ferguson was expected to cruise past late-replacement opponent Lando Vannata, but there were some bumps along the way. The lightweight bout was the co-main event of the UFC Fight Night 91 event at Denny Sanford Premier Center in Sioux Falls, S.D. It aired on FS1 following prelims on FS1 and UFC Fight Pass. Related: UFC Fight Night 91 results: Tony Ferguson gets stiff test, but taps Lando Vannata in second Vannata (8-1 MMA, 0-1 UFC) cracked Ferguson (21-3 MMA, 11-1 UFC) multiple times in the opening round, scoring multiple knockdowns and coming close to finishing the fight. Ferguson had his own moments in the first round, but it was the second where he took over the bout 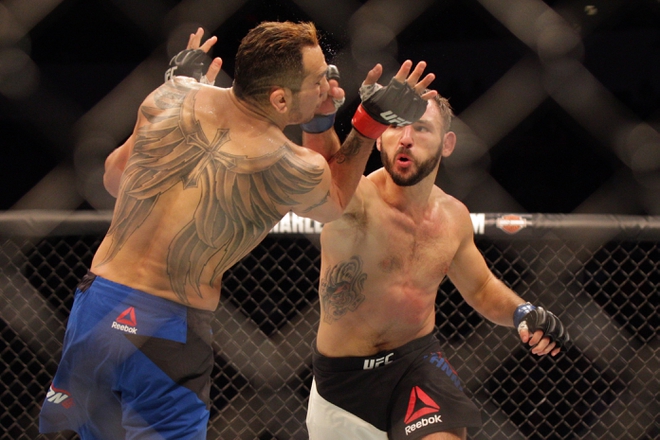