Filed under: News , UFC , Videos Chris Camozzi repeatedly found himself in one of the last places a fighter wants to be, having his back taken by jiu-jitsu ace Thales Leites for three rounds. Eventually, the positional disadvantage caught up to Camozzi and he was submitted in the final round. The middleweight bout was part of the main card of the UFC Fight Night 92 event at Vivint Smart Home Arena in Salt Lake City. It aired on FS1 following prelims on FS1 and UFC Fight Pass. 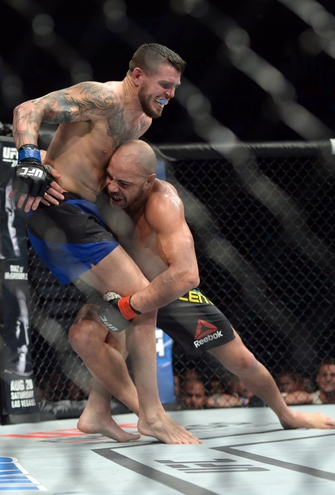