Filed under: Featured Videos , News , UFC , Videos SALT LAKE CITY – In a heavyweight battle that took a few turns for the weird, it was Justin Ledet  – and his relentless jabs – that really made an impression. Facing yet another UFC newcomer in Chase Sherman (9-2 MMA, 0-1 UFC) at his octagon debut on Saturday, a cool Ledet (7-0 MMA, 1-0 UFC) was able to stick to his strategy and box his way into a solid all-around decision win. Taunts from a bloodied Sherman and some boos from the crowd aside, it’s a performance that the strategic-minded Ledet will not apologize for 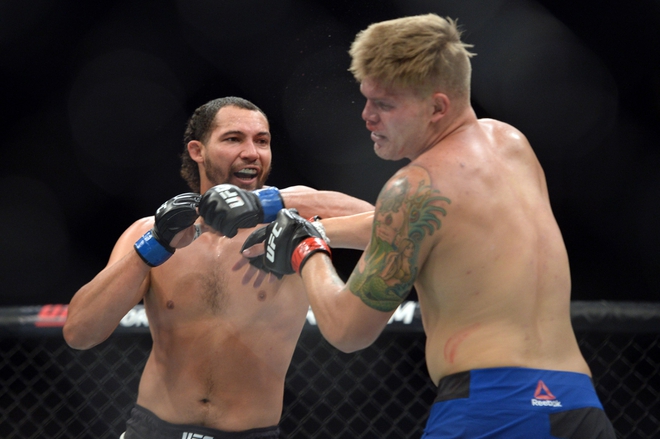