Filed under: Featured Videos , News , UFC , Videos SALT LAKE CITY – After a three-fight losing skid at bantamweight, Alex Caceres made the decision to jump up 10 pounds and return to the featherweight division. He’s found success since the move, winning a pair of bouts and landing a spot opposite Yair Rodriguez in the UFC Fight Night 92 main event. Speaking with MMAjunkie, Caceres (12-8 MMA, 7-6 UFC) said the bout with Rodriguez (8-1 MMA, 4-0 UFC) excites him more for the test of being a longer fight than having his name at the top of the marquee. “I was more excited that I get to fight for five rounds,” Caceres said. “Being in the main event doesn’t really put any more importance on the fight. 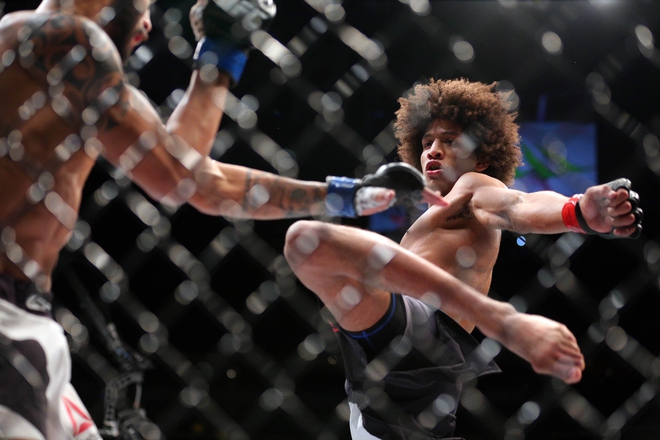