Filed under: Featured Videos , News , UFC , Videos SALT LAKE CITY – While happy with the end result, Cub Swanson  wasn’t particularly thrilled with the way his scrap against Tatsuya Kawajiri went down. Now riding back-to-back wins following  Saturday’s unanimous decision , Swanson (23-7 MMA, 8-3 UFC) broke down the hard-fought featherweight battle against a game Kawajiri (35-10-2 MMA, 3-3 UFC), admitting he was not exactly secure heading into the final round. “A win makes me happy,” Swanson said. “I thought it was a sloppy fight. But he made it a sloppy fight, too, so it is what it is. “We thought for sure I lost the first round. 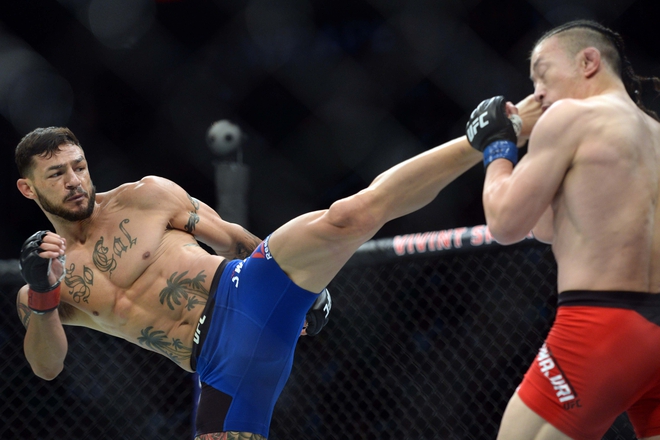