Filed under: Featured , Featured Videos , News , UFC , Videos HAMBURG, Germany – Andrei Arlovski isn’t quite sure whether his fight with Josh Barnett is one of those years-in-the-making things, but he’s ready to get down to business now that they’re finally booked. “On Inside MMA, he called me an old man, so we’ll see,” Arlovski told MMAjunkie on Wednesday in advance of their UFC Fight Night 93 main event at Barclaycard Arena in Hamburg, Germany. The fight streams live on UFC Fight Pass. The pair weren’t exactly spring chickens when they were linked to a headliner in the now-defunct Affliction promotion eight years ago. They were in a much less precarious position, however, than their current place in the UFC heavyweight division 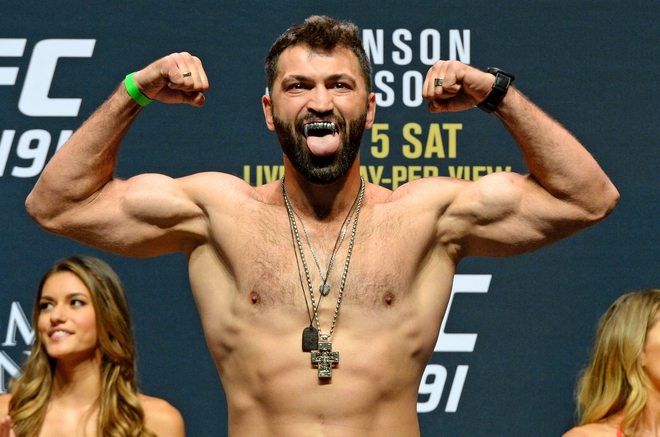