Filed under: Featured Videos , News , UFC , Videos HAMBURG, Germany – It was Rustam Khabilov ’s plan all along to call for a bigger fight if he beat Leandro Silva on Saturday at UFC Fight Night 93. After a unanimous decision victory, the lightweight followed through and named Edson Barboza and ex-champ Anthony Pettis as targets. He even added two more names to the list backstage at the Barclaycard Arena in Hamburg, which hosted the UFC Fight Pass-streamed event. “I just want to prove to everyone, to myself, that I’m ready,” Khabilov (20-3 MMA, 6-2 UFC) said via translator after his decision over Silva (19-4-1 MMA, 3-3 UFC) and third straight octagon win . “Besides Barboza and Pettis, I also call out Michael Johnson and Gilbert Melendez.” Khabilov might run into some schedule difficulties when it comes to Johnson, who’s currently booked to meet Dustin Poirier at UFC Fight Night 94 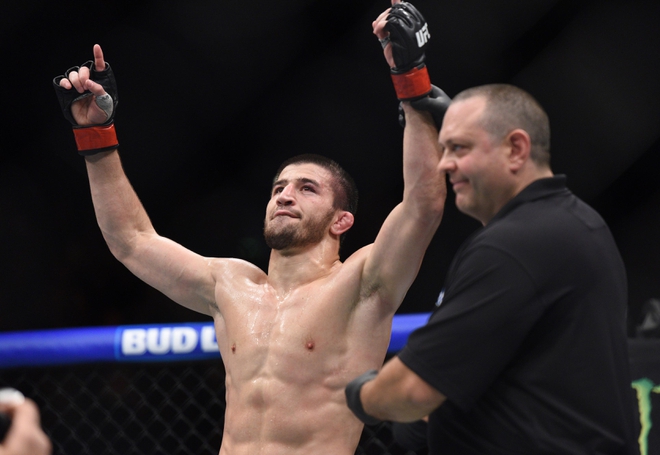