Filed under: Featured Videos , News , UFC , Videos HAMBURG, Germany – Former UFC welterweight champion and UFC Hall of Famer Matt Hughes has strict orders not to fight – from his dentist. Upon his official retirement in 2013, Hughes said he got some work done to erase the damage from 13 years of professional fighting. The straightening came with a directive: no more getting punched in the face. Plus, there’s the fact that, at 42, Hughes confronts the truth that he’s probably too old to be competitive in the octagon 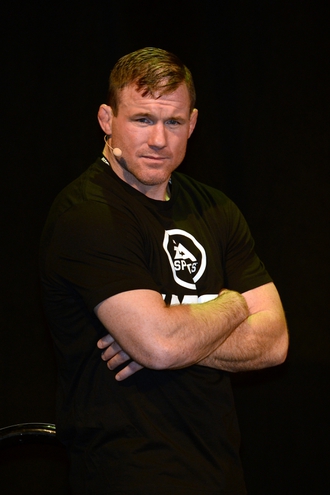 Previous Post
« Chinese welterweight Li Jingliang given ‘no fault’ finding from USADA despite failed test
Next Post
UFC commentator Dan Hardy trying to get medical clearance, but has ‘to see where the sport is’ »
Welcome to BAD MMA – The origins of combat™
The BADDEST brand on the planet™
© 2009-2022 BADMMA.COM
All Rights Reserved.
The BAD MMA™ trademark, logos, slogans, and website
are the property of Funky Bacteria Productions
© 2009-2022 Funky Bacteria Productions ™
All Rights Reserved. =)