Filed under: Featured , Featured Videos , News , UFC VANCOUVER – No, it’s not Groundhog Day: UFC middleweight Sam Alvey is actually fighting again this Saturday. And, if it depends on the UFC middleweight, we’re going to be seeing a lot more of him in the near future. After what will be his third bout in just 70 days, facing Kevin Casey (9-4-1 MMA, 1-2-1 UFC), Alvey (27-8 MMA, 4-3 UFC) already has another date planned. He’s so set on it, in fact, that he’s willing to accommodate possible takers. “Dan Henderson is fighting in Manchester on Oct. 8, I want to be on that card,” Alvey said 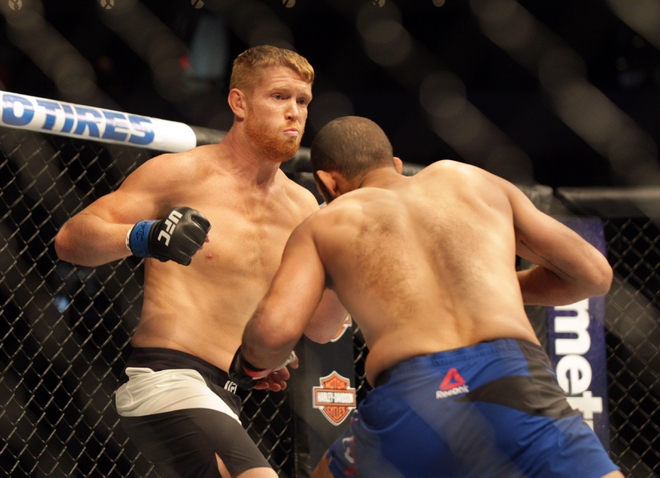 Previous Post
« After training with champ Alvarez, UFC on FOX 21′s Jim Miller ‘very confident’ he can return to title picture
Next Post
VIDEO: Watch Jon Jones ‘Spar’ with Snoop Dogg and Wiz Khalifa »
Welcome to BAD MMA – The origins of combat™
The BADDEST brand on the planet™
© 2009-2022 BADMMA.COM
All Rights Reserved.
The BAD MMA™ trademark, logos, slogans, and website
are the property of Funky Bacteria Productions
© 2009-2022 Funky Bacteria Productions ™
All Rights Reserved. =)