Filed under: News , UFC , Videos Francis Ngannou showed off his stopping power once again, scoring a TKO of Bojan Mihajlovic in 94 seconds. The heavyweight bout was part of the main card of today’s UFC on FOX 20 event at United Center in Chicago. It aired on FOX following prelims on FOX and UFC Fight Pass. Ngannou (8-1 MMA, 3-0 UFC) scored an early knockdown and was quick to follow Mihajlovic (10-4 MMA, 0-1 UFC) to the ground where he fired away with heavy hammerfists and elbows 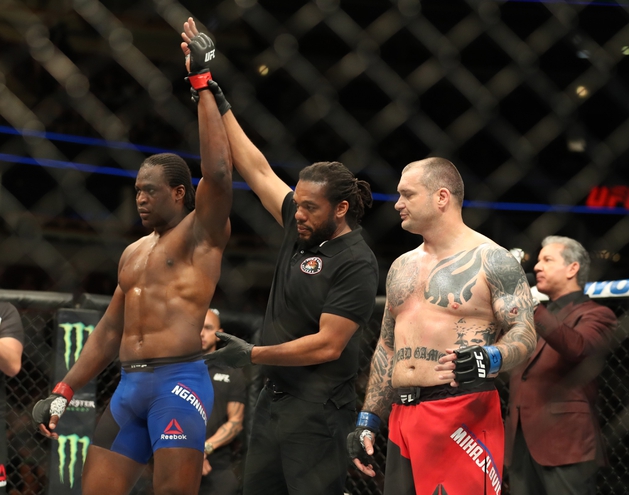