Filed under: Featured Videos , News , Radio Highlight , UFC , Videos With a 1-4 record since joining the UFC as one of the top-ranked lightweights in the world, Gilbert Melendez is looking for a way to turn around his career. That may mean a trip to featherweight in the near future. Melendez (22-6 MMA, 21-2 UFC) is on a three-fight losing skid, most recently dropping a unanimous decision to Edson Barboza at UFC on FOX 20 this past month. Melendez, a former Strikeforce champion, entered the UFC with a 21-2 record and had avenged both of his career losses (Josh Thomson and Mitsuhiro Ishida), leading some to consider him the best 155-pound fighter in the world. 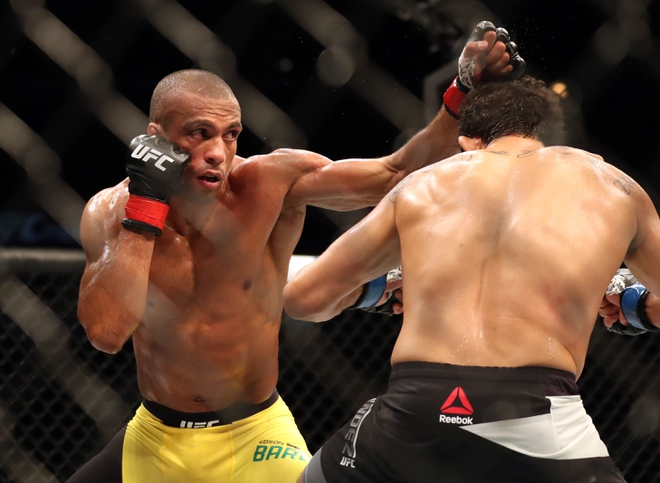 Previous Post
« In Conor McGregor’s UFC 202 camp, this 20-year-old Irish boxer was Nate Diaz
Next Post
After key win, Kelvin Gastelum in ‘weird spot’ and has UFC matchmaker stumped »
Welcome to BAD MMA – The origins of combat™
The BADDEST brand on the planet™
© 2009-2022 BADMMA.COM
All Rights Reserved.
The BAD MMA™ trademark, logos, slogans, and website
are the property of Funky Bacteria Productions
© 2009-2022 Funky Bacteria Productions ™
All Rights Reserved. =)