Filed under: Featured Videos , News , UFC , Videos ATLANTA – Curious about how the new early weigh-ins work? Check out our behind-the-scenes look at today’s UFC 201 early weigh-ins. As with other recent events, UFC 201 fighters took advantage of early weigh-ins. They hit the scales this morning while at the Sheraton Atlanta to notch their weights and earn some additional recovery/rehydration time before the ceremonial weigh-ins later today. All 22 fighters, as well as backup Ian McCall, all made weight . 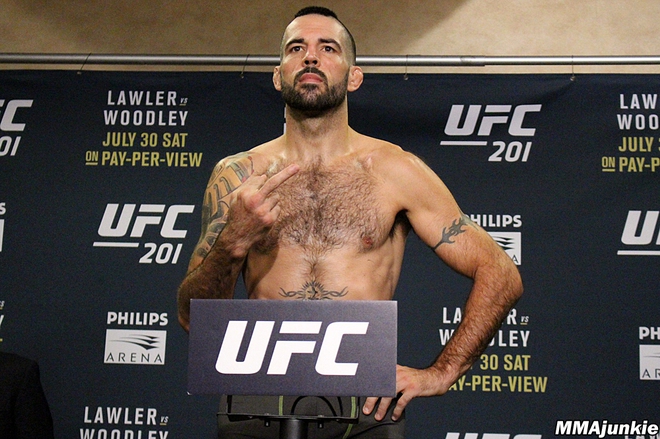