Filed under: Featured Videos , News , UFC , Videos VANCOUVER – Check out a video replay of all the fighters hitting the scale during today’s early UFC on FOX 21 fighter weigh-ins. The fighters took advantage of early weigh-ins while at the Hyatt Regency Vancouver. They hit the scales this morning to notch their weights and earn some additional recovery/rehydration time before the ceremonial weigh-ins later today. Chad Laprise, who registered 159 pounds, was the only fighter who missed weight. The lightweigh’s been docked 20 percent of his purse, which goes to opponent Thibault Gouti. 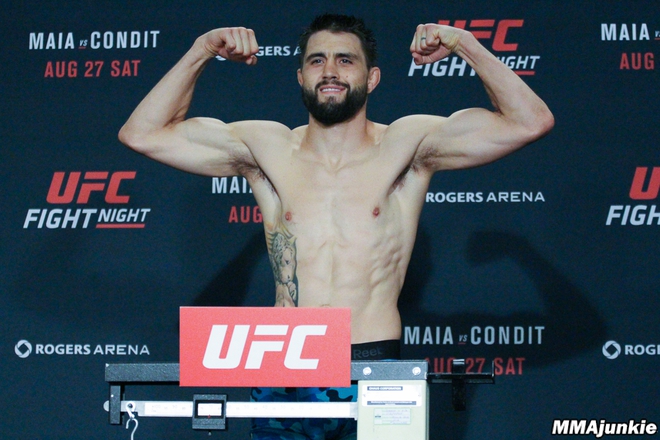