Filed under: Featured , Featured Videos , News , UFC , Videos ATLANTA – Ian McCall has been out of action for 18 months. He’ll have to wait a little longer to get back to work. McCall (13-5-1 MMA, 2-3-1 UFC) today had his main-card opening flyweight fight at UFC 201 against Justin Scoggins (11-2 MMA, 4-2 UFC) yanked out from under him when Scoggins’ weight cut went awry. McCall will still step on the scales at tomorrow’s official weigh-ins to receive at least his contracted “show” money, as well as to serve as an alternate should there be any additional unforeseen issues. “Uncle Creepy” was still cutting weight when he spoke to MMAjunkie, and the flyweight veteran said he actually feels a bit for his opponent despite the canceled bout 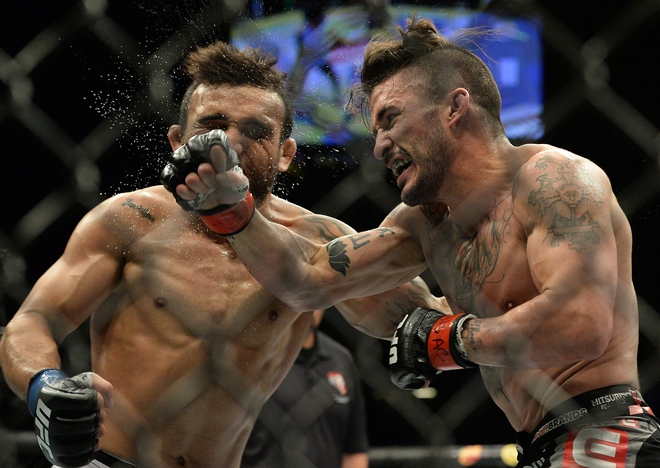