Former UFC women’s bantamweight champion Miesha Tate got quite the the welcome from the Seattle Seahawks on Thursday. The 2013 Super Bowl champs have a tradition in which before each home game, a celebrity of some sort raises a flag to honor “the 12s,” the NFL organization’s devoted fan base. 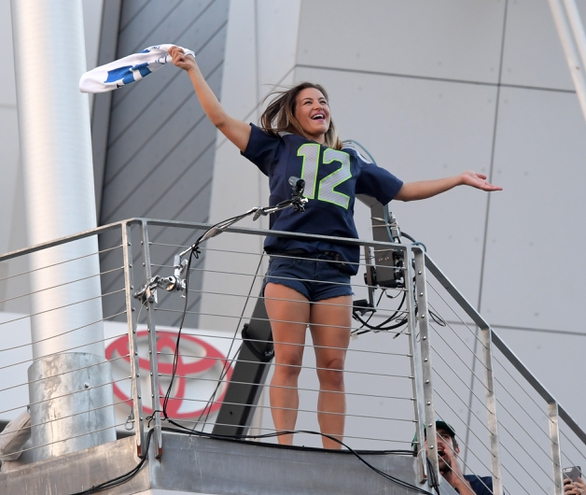