Filed under: Featured Videos , News , UFC , Videos OTTAWA, Canada – A funny thing happens when you let fighters weigh in in the morning instead of making them wait till the late afternoon: They’re a lot happier later in the day. That was the case today at the ceremonial weigh-ins for UFC Fight Night 89. The official weigh-ins took place at the fighter hotel in the morning, part of a new attempt at healthier weight cuts for the athletes 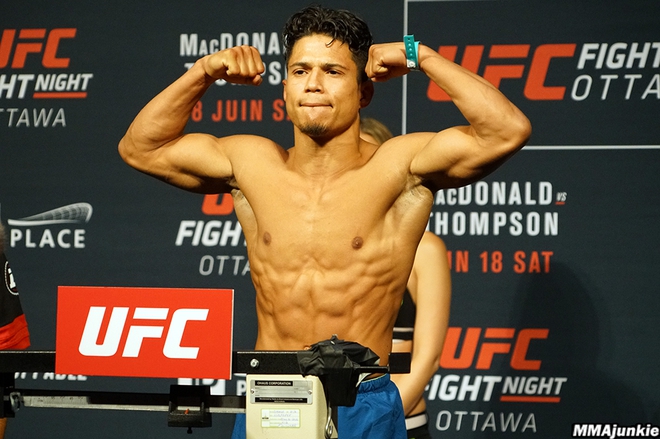