Video: Watch a 24-year-old Frankie Edgar pick up a TKO win in his second pro bout

Filed under: Featured Videos , News , UFC , Videos At 25 fights into his professional career, former UFC lightweight champ Frankie Edgar is a well-traveled MMA veteran. Of course, that wasn’t always the case. The New Jersey native only had one pro fight under his belt when he stepped into the ring at ROC 9 on Oct. 29, 2005. Edgar (20-4-1 MMA, 14-4-1 UFC) faced off with Mark Getto at the event and showcased some of the skills that would be at the core of his climb to the peak of the 155-pound division. Edgar smothered Getto with takedowns and heavy ground and pound throughout the bout, eventually adding up enough punishment to force the TKO stoppage at the 4:21 mark of Round 1 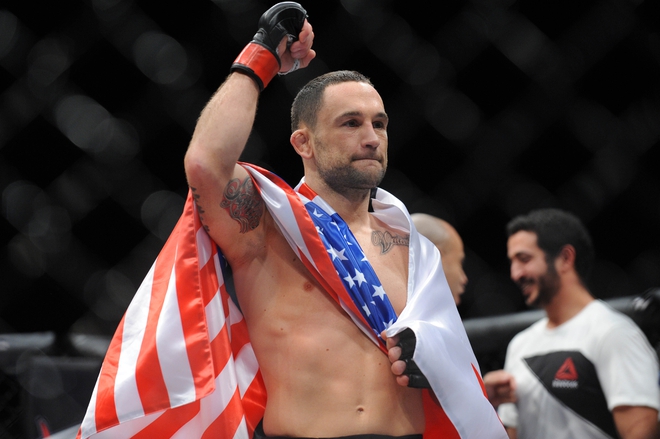